How was the Perlman family villa in the film brought to life? 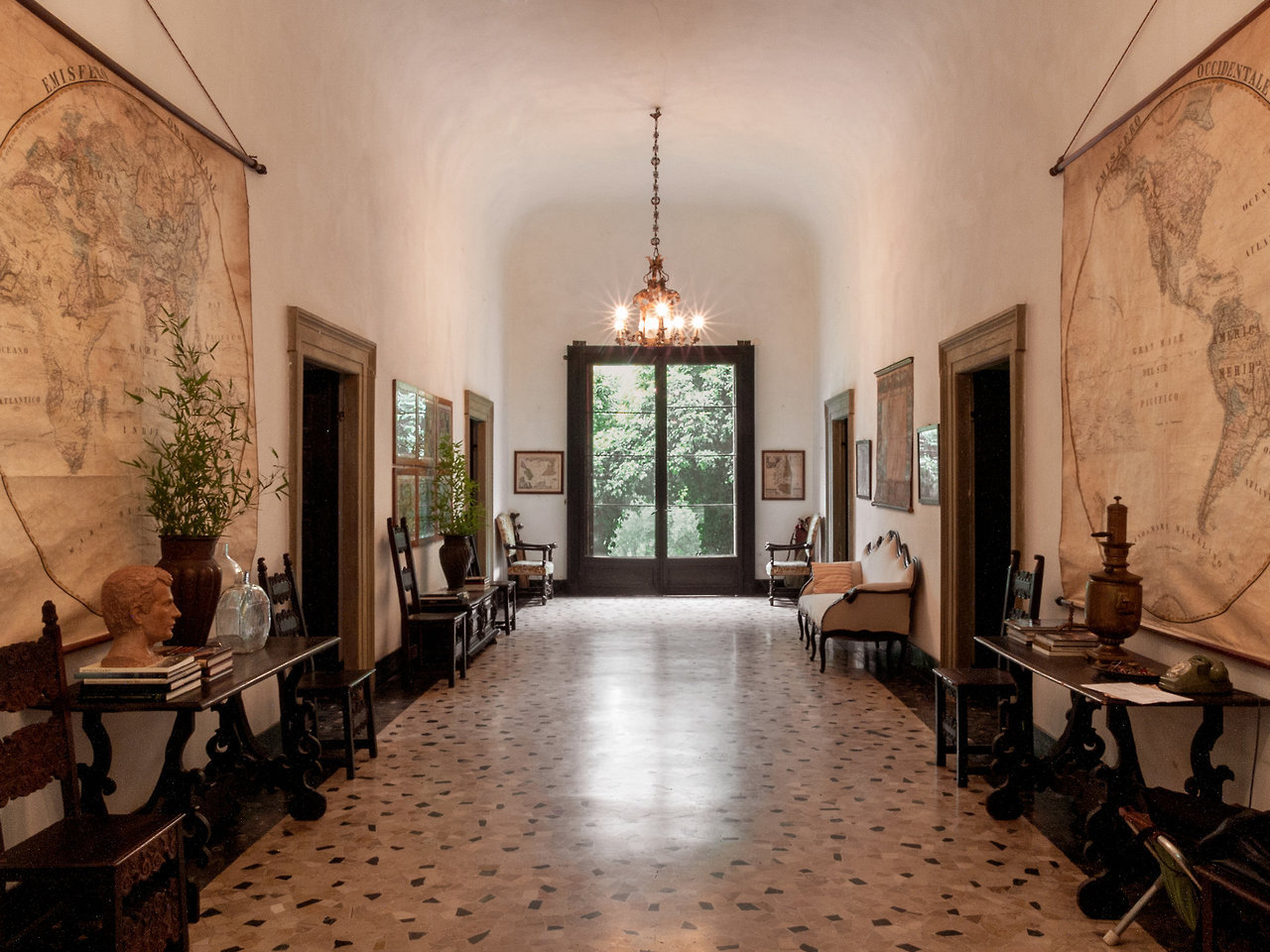 Based on the eponymous 2007 novel by André Aciman, Call Me By Your Name portrays the exquisitely painful summer of love between Elio, a precociously musical teenager, and Oliver, the handsome American visitor who Elio’s archaeologist father has recruited to help with his work.

While the story has remained largely the same, Guadagnino has made some changes to the setting – moving the action back from 1988 to 1983, and the location from the Liguria seaside to a 17th century mansion near Crema in the Lombardy hills. This decision was inspired by Guadagnino’s knowledge of the area, living as he does between Milan and Crema.

“I love the place and I knew the house,” he says. “In fact I wanted to buy the house, but I couldn’t afford it. But I knew that I could do something meaningful there, so I made a film instead. Three months before the shoot, I drove my team there and showed them the house and that was it”

His team included production designer Samuel Dehors and set designer Violante Visconti di Modrone – “she does not usually work in cinema but I completely love her taste”. Together the three worked to cultivate an atmosphere of languorous sensuality, iridescent with sunshine and sexual promise. “We created an interior that expressed how this family of intellectuals, of cosmopolitan people, lived in this way.”

Guadagnino imagined Villa Albergoni as “a place for culture and leisure — and not a place for wealth, but a place rich in history.” He wanted the living room to be the heart of the Perlmans’ inherited country home, which meant Visconti di Modrone had to soften up the space. She hung a series of Japanese paintings on one of the larger walls and covered the floor in carpets. She pulled archival prints from Dedar fabrics for the sofas and armchairs (and, elsewhere, the curtains and tablecloths) and curios from Piva Antiques in Milan. 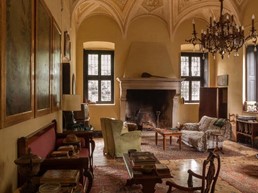 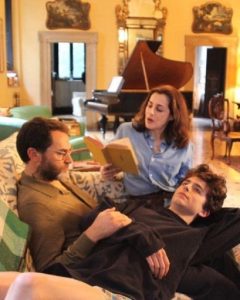 The designer has placed books all over the living room. Of course there are books everywhere. Being academia – all anyone does is read in this house. At one point Mrs. Perlman reads aloud a centuries old book in German to her husband and Elio, translating from German to Italian and English. Some of this furniture was the owners – with slips in green. The film’s director originally didn’t like the room and didn’t want to shoot in it, but the set designer brought it to life. 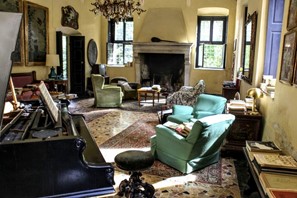 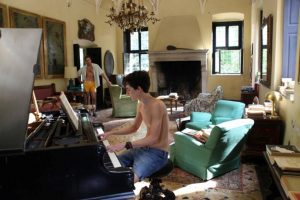 “Every angle of this room is about books,” Guadagnino says of Mr. Perlman’s office. The faded scarlet sofa came with the house. “Luca had said, ‘I don’t want it, it’s too shabby,’ and I said, ‘Listen, this is perfect — I can see Mr. Perlman passing the time, reading on the sofa,’” Visconti di Modrone remembers. On the table, scattered about the table, are the props typical of Professor Perlman, an archaeologist. 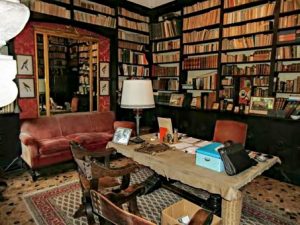 In the film, instead of the original antique wooden desk, we see this other desk and the mirror was not kept by the set designer. Another huge change was the paper behind the sofa. Violante covered the red wallpaper with a brocade from Dedar. As a nod to Professor Perlman, Violante added the collection of antique cameos of Lombardian kings. She also added books on Greco-Roman sculpture, antique maps and a globe. 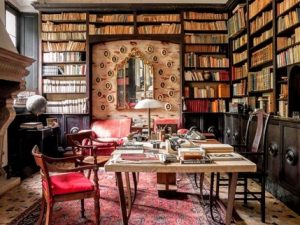 The entrance to Villa Albergoni had been austere, so Visconti di Modrone hung giant maps from an antique book shop, Perini, in Verona. She lined the corridor with stiff chairs she found around the villa — in the film, the Perlmans inherited the house, and, presumably, furniture like this. Visconti di Modrone was careful to always have bamboo leaves in the vases. “In this corridor, you need to have life,” she says. “I want the feeling that Mrs. Perlman has gone into the garden and put them there.” 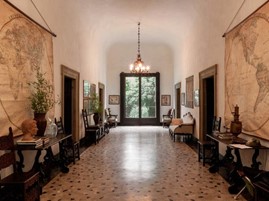 Guadagnino and Visconti di Modrone handed the garden over to the landscape designer (and their friend) Gaia Chaillet Giusti. She constructed a pergola and brought in apricot and peach trees, which aren’t native to Lombardy. 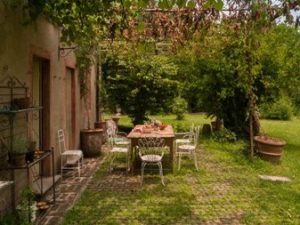 “We stuck some real, ripe peaches to the trees, but others were props,” Visconti di Modrone explains. This is where breakfast and brunch was served along with soft boiled eggs and peach juice.

After the end of the film: This is all that remains! Sad!