5 interesting facts about the film Call me by your name 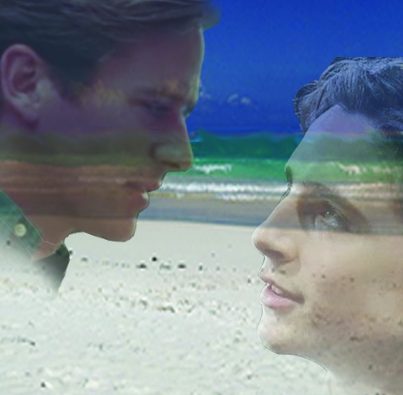 A strong contender for the title of most sensual romantic film of the year, Call Me by Your Name is a story of first love set in 1980’s Italy. The film also includes unconventional shooting stories, curiosities and behind-the-scenes secrets.

In September 2015, James Ivory told The New York Times Style Magazine that he was planning to direct an adaptation of André Aciman’s novel Call Me By Your Name, and that Shia LaBeouf will play the role of Oliver.

La Beouf’s screen tests were great, but after it was revealed that Luca Guadagnino would be directing the film instead of James Ivory, the production decided not to make the film with him after all, due to the actor’s troubles and notoriously troubled nature.

Ivory originally cast Greta Scacchi as the mother, who from the point of view of this Italian-French coproduction she was perfect. She had an Italian passport, she was fluent in Italian (She told once that she had learned it from her father’s Italian mistresses), and she is a very good actress. Finally Luca cast Amira Casar for the part.

Armie Hammer first met Timothée Chalamet while Chalamet was in a piano lesson. Chalamet then took Hammer on a bike tour around Crema, echoing the scene where Elio shows Oliver around.

In various interviews, both Timothée Chalamet (Elio) and Armie Hammer (Oliver) told the press that the atmosphere shown in the movie is the exact same feeling they had about being in Crema, Italy. While in Italy most people like to work for 8 hours and then get the night off – Timothée and Armie spent their free time together having espressos, going to dinner at restaurants, hanging out at their hotel rooms, watching movies and listening to music together. They became very close during these few weeks in Crema and are still very close friends to this day.

Uniting the two actors in advance was essential to making them feel comfortable. “It was a genuine proximity our souls felt to one another in those early weeks,” Chalamet recalls. “The friendship sprouted very easily, very naturally, very organically. It was really the random luck of the universe.”

There was only one rehearsal before shooting. In multiple interviews, Timothée Chalamet and Armie Hammer said that director Luca Guadagnino asked them one day to come outside to do a rehearsal in the backyard of the villa. They walked to a patch of grass and flipped their scripts to a randomly selected scene to practice. When they opened the script, the page only read, “Elio and Oliver roll around in the grass making out.” Chalamet and Hammer looked at each other and said, “Alright, let’s go!” Just seconds into the making out scene, however, Guadagnino stepped in and directed them to act more “passionately.” So they started making out and continued to do so, and no one told them to stop. Hammer said crew members had to pull them apart before the actors stopped, looked around and realized Guadagnino had just walked away, leaving them rolling around in the grass. This was their only rehearsal.

The beautiful love scenes were not without friction. Literally, the kissing scene had to be re-shot several times because Armie Hammer’s stubble really stung Timothée’s face.