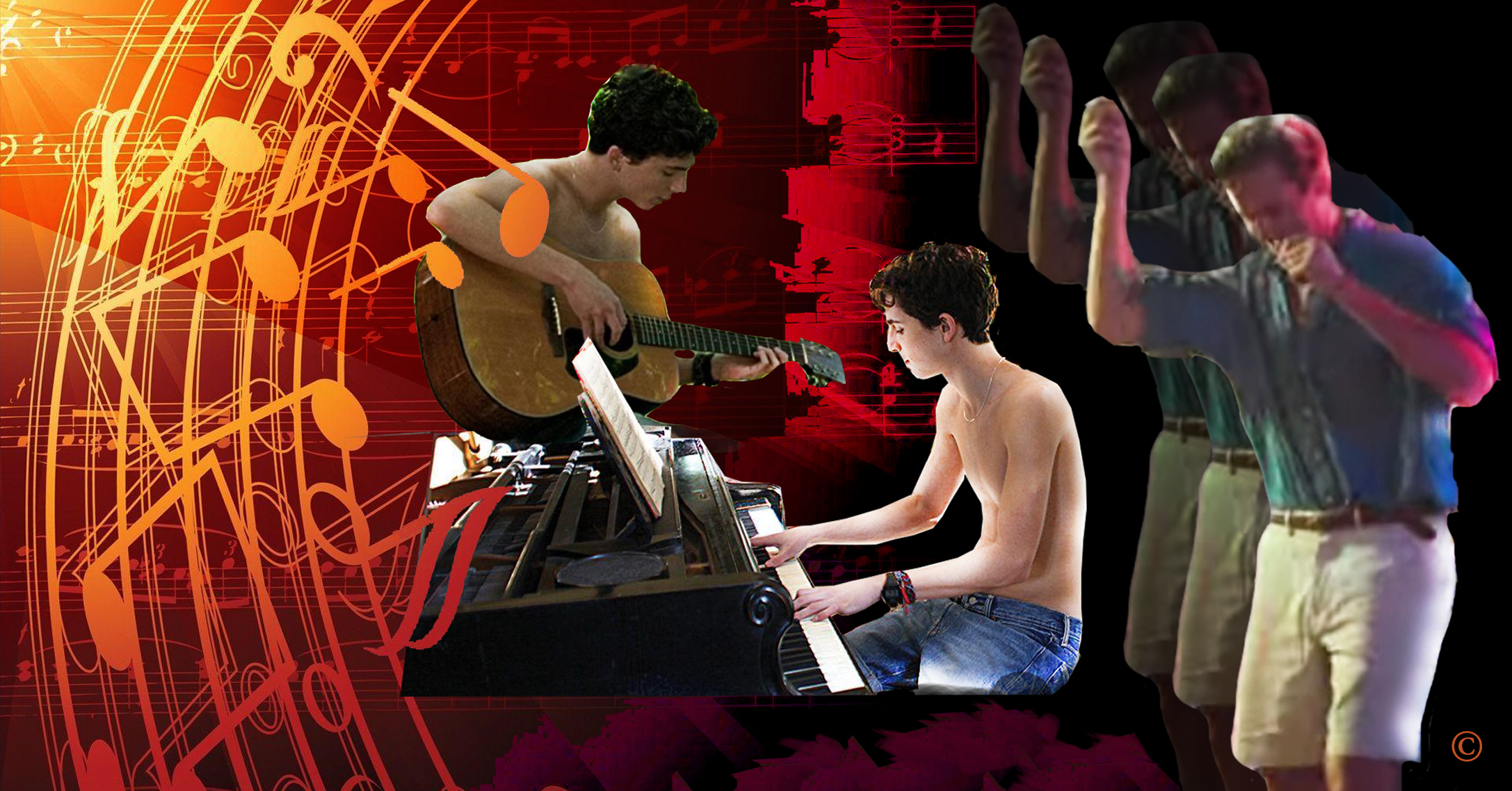 The score of Call Me by Your Name is a true artistic masterpiece. Director Luca Guadagnino tends to use existing scores for his films – a sensible choice in terms of budget and supporting hidden talent.

Accordingly, the film’s theme songs are special pieces of classical and pop music, with the exception of two compositions by Sufjan Stevens written specifically for the film. The soundtrack underlines the purity of the romance and adds extra meaning to each scene. A notable aspect is that many people were drawn into the cinema by the dramatic content and all left with a sentimental attachment. The music of the film contributed to this attachment in an imperceptible way.

The following musical analysis will present all the songs and their corresponding scenes in the film, in which the music is not only present as a background melody, but also reflects the moment through its dynamics and lyrics, and expresses the feelings of the characters.

I have made a small selection of the best of them, which is of course a subjective list.

The Psychedelic Furs are 80’s English pop with a fusion of pop-rock, post-punk and new wave genres. A year after the song’s release, Richard Butler (the band’s lead singer) told CREEM:

“It’s basically for people who feel bad about their sexuality, and it says, “Don’t worry about it.” It was originally written for gay people. “

The title means to love and accept oneself as one is, which in the case of the film refers to the acceptance of homosexual, bisexual and other non-heterosexual tendencies.

The song encourages people to break away from the social norms of heteronormativity. It encourages us to dance freely without worrying about our problems – one of the reasons why the song was included in the film.

It is used twice in two dance scenes, first in the iconic outdoor dance floor scene.

Doveman’s 2017 remix of ‘Futile Devices’ by Sufjan Stevens is not so different from the original; it’s simply been adapted to the film experience. This alternative indie song exudes an ethereal emotion through its lovely lyrics and instrumentals, while perfectly portraying the feeling of love, especially the forbidden feeling of homosexual love.

The film paints aesthetic images and complements the story by spotlighting Elio’s loneliness after experiencing his first intimate encounter with Oliver.

The lyric “words are futile tools” says it all: words are simply tools of communication and languages vary greatly in their expression, as we witness in the way the characters use Italian, English, French, German and Arabic, especially when it comes to love, where actions, body language and emotions dominate. The lack of verbal communication is not a problem at all.

During the emotionally devastating final scene, Stevens’ “Visions of Gideon” begins with resounding piano chords and pulsating, repetitive notes that recall other piano works by Ravel, Adams and Sakamoto that were performed earlier in the film. After Elio discovers that the tragic fate of the two of them is sealed for good, comes a suffocating sense of heartbreak.

The film closes with a 4-minute report of Elio kneeling and staring into the fireplace as “Visions of Gideon” plays, and then the credits roll. The lyrics are repeated, especially “Last time I loved you / Is this a Video? Is this a video?…” lines.

He tells us that his thoughts are repeating in his head, realising that fate is irrevocably forcing him to resign. Perhaps unable to distinguish fantasy from reality, the ‘video’ suggests a waking dream – the universal theme that love blinds you.

When the closing title appears and we hear “I touched you for the last time”, we never want that feeling to end.

Previous Post
How was the Perlman family villa in the film brought to life?
Next Post
Interview with the produktion designer of Call Me by Your Name