Interview with the produktion designer of Call Me by Your Name 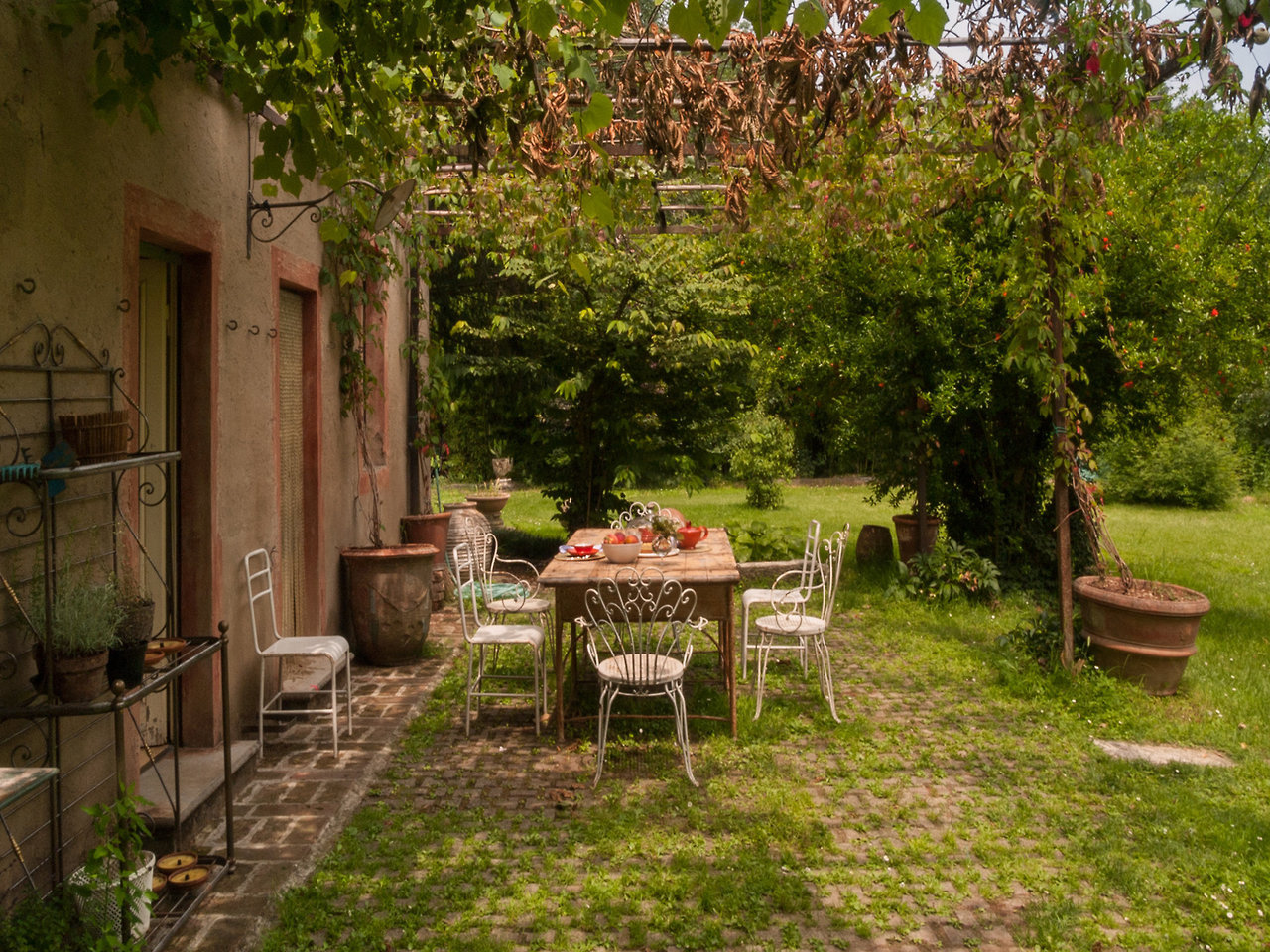 Do you know how to design desire on the big screen? In this interview, production designer Samuel Deshors talks to the writer Sam Ankenbauer about his work on Luca Guadagnino’s acclaimed film.

Luca’s team seems like a tight-knit group. How did you meet him? You worked with Matthias Schoenaerts on Disorder the same year Luca did A Bigger Splash, right?

Indeed, that’s one of Luca’s many talents – he manages to mix people from very different origins and horizons. On set, several languages are spoken. There’s his loyal crew and some new ones, all of them working smoothly together. I actually worked with Luca for the first time in 2012 for a short film for Cartier (Destinée). It was a few days of shooting in Paris. He had noticed my work with Christophe Honoré and took the opportunity to work with me on this small Parisian project.

Luca once said in an interview, “Space is everything.” Does that resonate with you? Did you feel that was true while in pre-production?

As a production designer, of course that resonates with me. The location and the sets are extremely important parts of Luca’s vision. He likes to create universes, bubbles in which the actors (and the team) are immersed. I’d go so far as to say he is unable to work properly without being immersed in this bubble. The setting is a way for Luca to express himself, a way to convey his ideas and emotions – it’s not simply a nice background. Of course, when Luca says “space is everything,” we must not assume that the space and setting make the whole movie, but rather the atmosphere is essential, the film’s beginning.

The film is so rich in its idle, youthful, summery feel – it feels like summer, so green and humid. How do you make a film feel like summer?

You know, we shot the movie in spring, and we were often filming during the pouring rain! Fortunately, we had a few beautiful, sunny days. That’s the advantage to filming so many scenes in one place (like the Perlman villa); it’s possible to move quickly inside and outside, to deal with the weather. We shot Call Me by Your Name on film, which rendered some beautiful and special colors. (This is also due to the magic light of Sayombhu Mukdeeprom, as he is himself highly sensitive to nature and knows how to film it right.) The actors really made that languorous, slumbering summer feel possible. 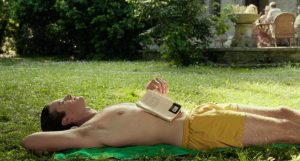 How does one accentuate the film’s theme of desire with design?

The book was set in 1987 while the film takes place in 1983. Did this affect your design choices? How does one recreate Italy in 1983?

Yes, this small change between the book and the film was, from the beginning, Luca’s idea. The change was made so there was innocence and total freedom in making the movie. Right after 1983, AIDS dramatically changed everything.

We did a lot of visual research: historical photographs of the streets, the villages, family photographs. Even if the streets and villages do not appear to change for years, small details remind one of each particular epoch. The road markings do not have the same color, traffic signs are not the same… inside the villa, it was simpler to manage the look and time. The villa had a feeling of many different moments in time – and had nothing of the present to change. We wanted a strong feeling between the weight of the past and the modernity of daily objects, packaging, food, etc. And Luca’s extremely precise in the accuracy of the details.

I have heard that Luca knew the house – Villa Albergoni – and had previously wanted to purchase it. Is that true? How did you make the house a reflection of the Perlmans?

Yes, it’s true, Luca had known this home for years and has thought about buying it and moving in. In the end, he shot a movie inside – another way to possess it. We were looking for a family home, we wanted to feel that the house stayed in the family for generations. The weight of the past was already there, and we just emphasized it. We placed paintings, books, instruments in all the rooms, for this family of intellectuals and artists. The work was done in two steps. First, Muriel Chinal, a set decorator that I took with me, was in charge of the whole preparation. We brought a lot of furnishings, objects, and decor – the most precious of which came from antiquarians. Some of the more common furniture we took from other Italian houses or rented. Once all these elements were gathered, we worked with Violante Visconti di Modrone in the house to compose the setting.

The apricot trees were brought into the property for the film, correct? Could you tell me about that process?

Yes, absolutely true. We had a big intervention outside, arranging the garden. The house was uninhabited for many years. The garden was fallow and many things were dead. We brought many plants – Virginia creepers, rose trees, etc. All the fruit trees. The stairs outside had to be totally redone. The peach trees had very little fruit in the spring, and we couldn’t find an apricot tree that was the right size, so for the apricot tree scenes, we hung some apricots from the leaves of a peach tree! The apricot tree has leaves that are very different from a peach tree, but only a few careful botanists would see the ruse – and I haven’t received any complaints yet!!! 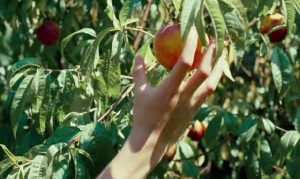 I’d like to know more about the bicycles and the cars in the film. I love how distinct the bikes of Elio, Oliver, and Marzia were, as well as all the background vehicles. What was the process for finding just the right transport?

To find cool bikes in Italy is not all that hard – they’re everywhere. The bikes were picked just like the costumes – we proposed ideas according to what seemed to suit the characters best. For the cars, it was a bit more complicated. To find enough of them to animate all the scenes in the streets without having to always use the same few cars was difficult. A team was in charge of retrieving all the cars in the region that could work together, in terms of style and timeframe, from the smaller Fiats to the bus. 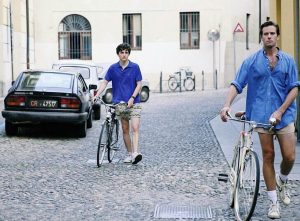 Elio and Oliver’s trip together has so much packed into such a short amount of time. The Serio Falls, the hotel room, the streets of Bergamo … could you tell me about it all? Those few moments on the empty streets are so visually exciting!

What can I say about these places? You know, the mountain landscapes were amazing – I am slightly frustrated that we don’t see more of them in the movie! The streets of Bergamo are pure Bergamo, and the hostel room was really in a hostel in Bergamo! Empty spaces, be they countryside roads, the streets of Crema or Bergamo, they all contribute to that bubble I was talking about. When I say that the setting is a way for Luca to express himself, these empty spaces that Elio and Oliver visit and live in are a perfect example of this. 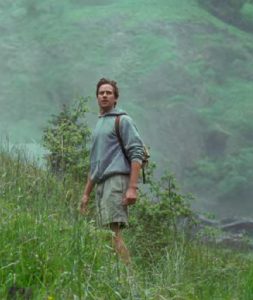 What’s something you’re especially proud of in the film?

More than proud, I am happy to see the result of this adventure. It was not always easy with such reduced time and small budget. But every one of us gave it our best, and the result is there. What makes me the happiest is the reception of the movie. It’s often a delicate process to adapt a book that people loved. There’s always a risk to misrepresent or counteract the readers’ interpretations. It’s nice to have an audience relive a story that is familiar to them through Luca’s gaze.