Experience report from the makers of Call Me by Your Name 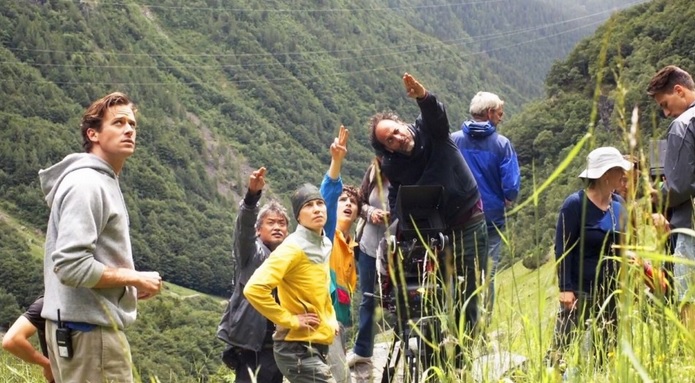 Courtesy of InterCom, we share with you how the makers of Call Me by Your Name experienced the filming of the movie, and also details of how long the making of this wonderful film has been in the pipeline.

” I don’t want Call Me By Your Name to be perceived as a hyper-intellectualized opus, but as a tender love story that affects an audience in an uplifting way.” 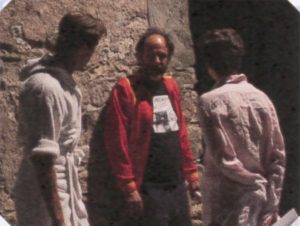 The novel is a memory-piece (Aciman is a noted Proustian scholar), told from the perspective of Elio, but the filmmakers set it in the here and now.

“We wanted to reflect the essence of the book, but that didn’t mean doing it literally the same way”, says Guadagnino. “We had to take some routes that were different.”

While Ivory’s original script had a modest amount of voice-over narration, none ended up making it into the final film.

As each summer approached, there were new incarnations of the film that came close to being made, but if an actor or director’s schedule shifted, the producers didn’t have the luxury of moving to the fall or winter. 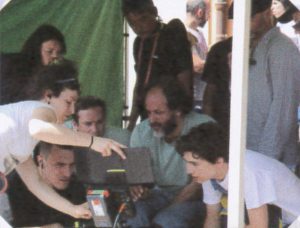 “There was just one time every year that it could be shot, and if you missed that window, you had to wait a year to get back on the runway and wait for takeoff,” says Spears.

Shooting near his home added comfort and simplicity to the process of making the film, not just for himself but for the entire production team.

” I wanted to indulge in the luxury of sleeping in my own bed” says Guadagnino. 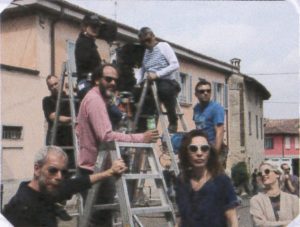 Most of the film’s locations are in the immediate environs of Crema, and when they were further away, as in Lake Garda (the archeological site) and Bergamo (Elio and Oliver’s trip), only an hour and a half’s drive.

“Every now and then something would appear from Luca’s own house,” says Spears. “A plate or a bowl, or something that he somehow knew gave the scene a little more verisimilitude and felt to him like: ‘This is the Perlman home.’”

As the stage was being set in the Perlman house, the actors began arriving in Crema, where they got apartments, began preparing for their roles and getting to know each other. Timothée Chalamet, who had the most to do, arrived five weeks early. 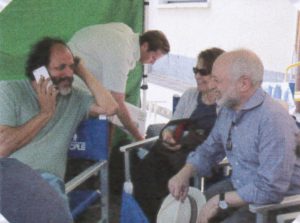 “Along with the piano, speaking Italian was crucial for me because it was a native tongue for Elio and I wanted to get it down to what it would have been for him,” he says.

Hammer arrived shortly after, and Chalamet was one of the first people he met.

“I heard somebody practicing piano, and they said, ‘Oh, that’s Timmy! and I said ‘I want to meet him!”says Hammer.

The two actors became inseparable in the weeks leading up to shooting.

“We rode bikes, we listened to music, we talked, we went to meals, we hung out in many of the same places you see us in the movie.” says Hammer.

After shooting commenced, the two rehearsed their scenes every night before shooting. The intimacy and chemistry that became palpable on screen grew out of the closeness the two actors developed in real life.

A large percentage of the story focuses on the myriad steps forward and backward between Elio and Oliver before their relationship finally becomes physical. Stressing anticipation through an unhurried buildup is common in Guadagnino’s films.

“It’s the universally relatable game of cat and mouse and push and pull that occurs between people that are attracted to one another but have suspicions and insecurities about whether the other holds the same level of attraction. They also have trepidations because they aren’t in a time period or a location that is accepting or encouraging of them having an intimate relationship.”

All the actors lived in Crema and were able to absorb the unique charms and rhythms of Lombardian small town life. “There is a peace there that one who lives as I do in a metropolitan city rarely gets,” says Michael Stuhlbarg, who plays Mr. Perlman. 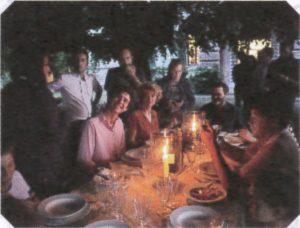 “He’s a great cook, Luca, and we’d share these delicious feasts,” says Casar. “It made us all closer. There can be inner fear and apprehension that we actors can have as we approach our roles, and Luca created a sensorial atmosphere of trust and joy between us, so that we really were able to tap into that intimacy, let sensations flow as we did our scenes.”

The actors stayed in Crema during the shoot, and could feel the Lombardy Guadagnino encouraging the cast to improvise.

“Tim was a miracle in terms of his unpredictability,” says Stuhlbarg. He was different every time he did things. You never knew what was going to happen when he was doing stuff, and that was really fun to watch.”

A good example of this is the film’s startling final shot.

“There were three takes of that are all wildly different,” says Chalamet. “I’m so happy with the one Luca went with because it seems to me to be the most truthful one about everything Elio was going through at that moment.”

The famous peach scene from the book shows how eroticism is utilized in the film to illuminate the inner lives of the characters.

“What’s going on with Elio in that scene is a combination of that longing for Oliver and also the all too relatable phenomena of not knowing where to place your overabundant sexual energy when you’re 16, 17, 18,” says Chalamet. “But when Oliver arrives, the weight of him leaving for what could be forever is hitting Elio for the first time, in addition to the shame and embarrassment of being caught in this almost feral act. I think the combination of those sensations proves to be tremendously overwhelming”

Pics source: Call mE By Your Name Japanese Brochure