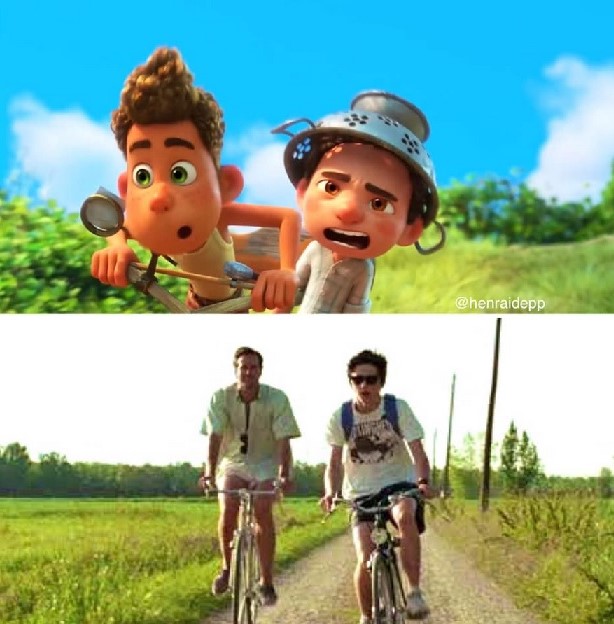 An upcoming Disney film has sparked comparisons to one of director Luca Guadagnino’s best-known works. Pixar’s Luca teaser is giving major Call Me by Your Name vibes, despite being at very opposite ends of the spectrum in terms of content and kid-friendliness. Soon after the first Luca teaser trailer premiered on Thursday, Feb. 25, Timothée Chalamet and Armie Hammer’s romantic drama started trending on Twitter instead, as viewers started pointing out the surprising similarities between it and the new animated flick.

The story centres on a young boy named Luca who, with his new best friend Alberto Scorfano, spends an unforgettable summer in a beautiful seaside town on the Italian Riviera. Together they ride mopeds, have gelato and hanging out on scenic rooftops in the moonlight. Sound familiar? It’s almost the exact scenario seen in Call Me by Your Name, when Elio (Chalamet) and Oliver (Hammer) are joined together at Elio’s Italian cottage by his professor father; they form a deep relationship, with the scenic Italian countryside as their backdrop. However, there are some huge differences between the films. 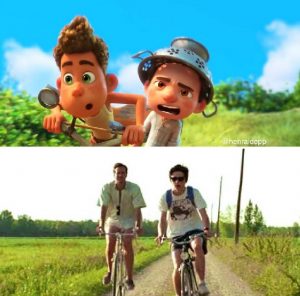 On the one hand, there is no romantic relationship between Luca and his good friends . Luca and Alberto are actually sea monsters who take human form when they step ashore. You could argue that the film is more reminiscent of The Little Mermaid or The Shape of Water, but that didn’t stop Twitter from calling Luca “Disney’s remake of Call Be By Your Name.” 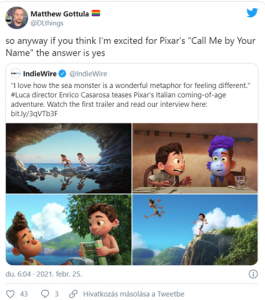 If you want an answer for the similarities, filmmaker Enrico Casarosa’s background might be it. He, like Guadagnino, is Italian, and he drew on his past for his directorial debut. In an interview with Entertainment Tonight, Casarosa said that Luca is “a story of friendship” inspired by his own childhood best friend (whose real name is actually Alberto). Like the cartoon Alberto helped him find his identity as they roamed around the Italian shores, just like the film’s characters.

“I was sheltered, shy, timid, and he was more of a go-getter, no family around, so he had complete freedom,” Casarosa explained. “It definitely got me out of my comfort zone to start testing the waters and being a little braver. I think so many of us have these friendships that are right smack in the middle of when we’re just leaving the confines of the family, that really help define our identity. What are you? What are you not?” 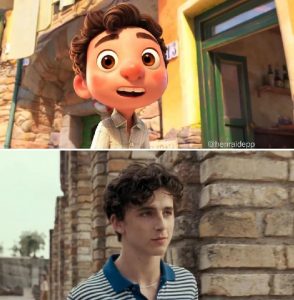 “This is a deeply personal story for me, not only because it’s set on the Italian Riviera where I grew up, but because at the core of this film is a celebration of friendship. Childhood friendships often set the course of who we want to become. It is those bonds that are at the heart of our story in ‘Luca. So in addition to the beauty and charm of the Italian seaside, our film will feature an unforgettable summer adventure that will fundamentally change Luca.” 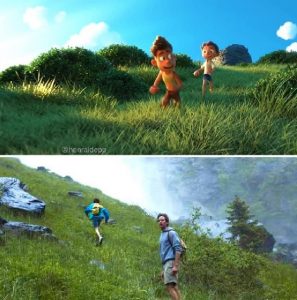 Tremblay (Luca’s voice actor) also found Luca and Alberto’s friendship special, as he told Entertainment Weekly. “They start off as strangers and Luca is almost scared of Alberto at the beginning, but they learn a lot about each other,” he said. “They learn how to improve upon themselves, whether it’s being braver or being a better friend.”