Exclusive Interview with Vanda Capriolo, aka Mafalda from Call Me by Your Name

In the film, she plays the role of Mafalda, who is not only the middle-aged housekeeper of the villa, but also a real member of the Perlman family. Friendly, helpful and with a wry sense of humour, Mafalda is a caring and attentive third parent to Elio, who often worries about her and does her best to look after her. She also acts as a kind of censor, in a way that her parents do not (she is the one who is ‘always looking for signs’ and worries when Elio leaves home).

Vanda Capriolo, born in Naples, currently living in Crema, where some of the iconic scenes of the film take place, is an animal rights activist in civil life and has a dog.

What’s important to know about you? Which significant events in your life would you mention?

Of course doing the film was a very important moment in my life. However, in my personal life I’m an animal rights activist and passionate about my friends and family. I consider myself a very lucky and blessed person.

As far as I know, this was your first film role and you came to it by chance! Can you tell me about how you got the role?

There was an open casting in Crema so I went and much like the Mafalda in the book, I’m originally from Naples so my accent was perfect for the role. 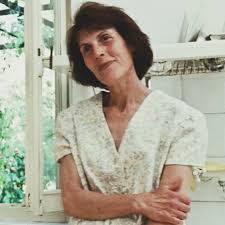 Mafalda was cast pretty much on the spot

Mafalda, the Perlman family’s observant housekeeper, ends up being one of the most unexpectedly foundational characters in Call Me By Your Name. Surprisingly, the casting of Vanda Capriolo ultimately came down to fate.

“We were looking for the place where Elio and Oliver go through with their bikes on their way to the first kiss, and I was in this field,” says Guadagnino.

“And then I see this lady biking… she doesn’t care about this bunch of filmmakers.” He sent his assistant running after her, but Vanda declined to meet the director.

How did you prepare for the role?

Very simple… I did everything Luca told me to do. We had many rehearsals and from the very first reading we all knew there was something special about Luca and how he was able to bring out the best in all of us.

Mafalda is a kind, caring, concerned and helpful housekeeper who is part of the Perlman family. How similar is your personality to the character you play?

Mafalda’s job was to run the house and take care of the family like a well oiled machine. I’m a lot more relaxed and easygoing that she is. 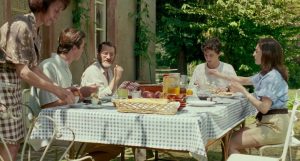 What were the director’s instructions that you had to follow, to what extent was characterization restricted and how much freedom were you given?

Luca was very strict on a few details but in general he let us explore our characters and was very open to our opinions and suggestions.

What experience did you have at the end of the shooting?

Of course the end of filming was very emotional, after spending so much time together and creating a family… it’s not easy to say goodbye. We all felt that we had created something special but with it being a low budget film we weren’t expecting the success that followed.

In many interviews I have read/heard how Luca created a fantastic atmosphere during and after the shoot and how he kept the team together. What was your experience with this? Do you have any particularly fond memories of the shoot?

Yes, that’s true. Luca did create a wonderful atmosphere. My fondest memories are us all eating lunch together around the corner from the villa, sharing stories and laughing. The laughter is what I remember most. 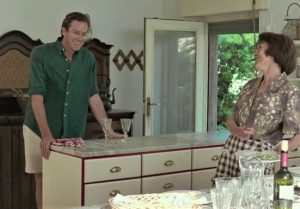 How was your relationship with the other actors in the film? What was it like working with them?

We were a family, so we were very close and respectful of each other. Like in the film, my job was to take care of everyone and especially Armie and Timothee were very supportive and generous with their time and experiences.

You must have seen the movie. What do you think of it?

Of course I loved the film. I was so impressed to see that our good feelings and caring for each other were actually visible and felt on the screen. Luca is truly a genius. 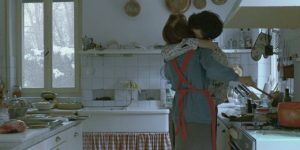 Are you still in touch with the cast or crew?

Not so much now. Everyone has moved on but they do send their friends and relatives to come see the beautiful locations where we filmed. And so through them I still keep a bit in touch.

If there was a sequel, would you be in it?

I certainly hope so. 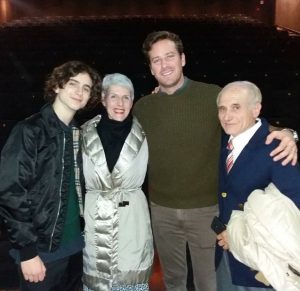 What has changed in your everyday life as a result of filmin?. How much has your life changed after the film, given that you previously led a civilian life?

The best part of being in this film is meeting the fans and hearing how this film has changed their lives. I never get tired of hearing their stories. I am so thankful and grateful that I was able to play a small part in effecting these people’s lives.

Are there any film plans for the near future?

Luca put me in his film ’Suspiria’. And I hope there will be other roles for me in the future.

How do you live your daily life today?

My life hasn’t changed so much after the film. I go to work and spend time with my fantastic dog and wonderful friends and family.

The movie/book is still very popular with fans today. From the photos you post on social media, you can see the intense connection you have with your fans. Do you have a favorite experience with them?

I’m a very private person but I don’t mind chatting on social media. I work very closely with the Elio Oliver Love Tour and together we’re able to spend time with fans and help them really experience the film in person. The Tour especially has been part of; people getting engaged. Parents and children coming together. Coming to terms and closure with past relationships and even drastic life changes to attract the kind of love. The love that happens once in a lifetime and changes you forever.

Previous Post
How a little film touched so many lives?
Next Post
5 improvised scenes from Call Me by Your Name