5 improvised scenes from Call Me by Your Name 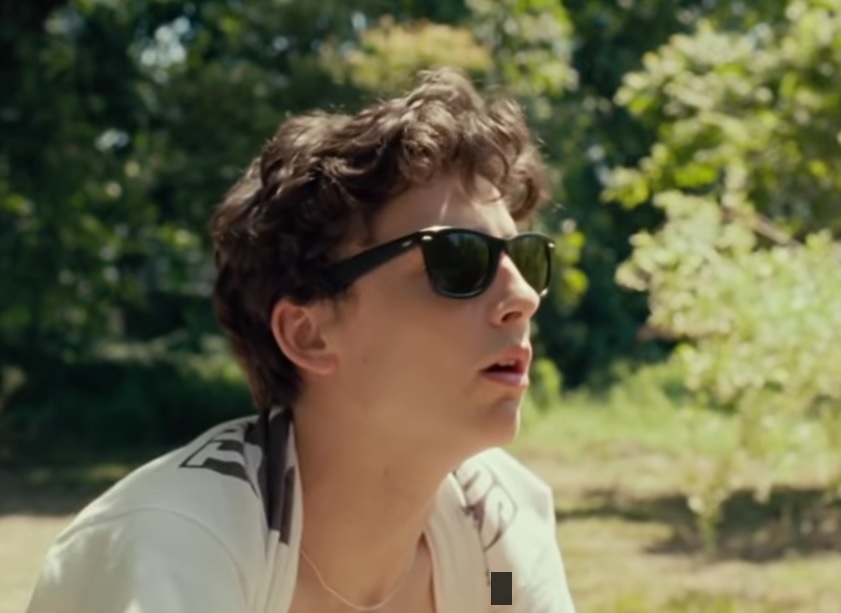 Today I bring you 5 improvised scenes from the film Call Me by Your Name. Each one shows the genius of how professional actors who have since become stars react to it. Not for a moment do we feel that we are watching improvisation, as if the director has edited it like that. It is well known that director Luca Guadagnino often encourages his actors to improvise:

“I enjoy welcoming the unexpected, because that’s the beauty of cinema, its about filming the invisible. I try to be intuitive, I try and let things happen and live in the screen. And I had the pleasure of this amazing cast “– he said.

It wasn’t a planned moment when Timothee imitated the fish gape to show off his childish self. „I love the scene with the fish in the movie, where Anchise brings over the fish, and I make the face for them. It’s so unabashed and not cynical.”– Timothee Chalamet

It’s a funny and cute fact that Timothée improvised the hand gesture in this scene, and Luca liked the result and asked her to add in Italian: “Tregua?

Luca Guadagnino called Timothée Chalamet a “genius” when he put his necklace in his mouth while swimming. “Genius, genius !!!” he said, because he had improvised the scene.

4. Elio’s reaction to the door slamming in the midnight scene and Oliver’s little giggle in response is memorable.

It’s a genius improvisation on Armie’s part as Oliver tells Elio everything without needing words, his reciprocating feelings towards the boy. If you watch Tim, you can see him briefly react confused for a split second.

The script reveals that there is nothing written about Oliver kissing Elio’s foot. 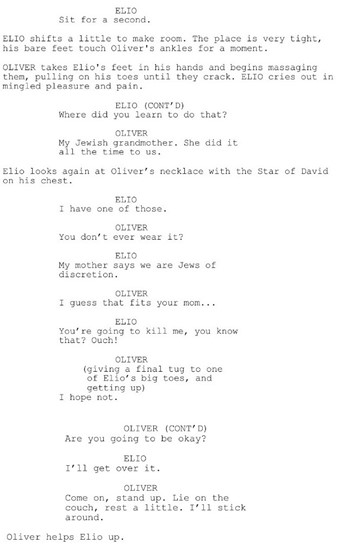 After giving Elio his foot rub, Oliver was supposed to help him up.

This was probably the deleted scene: 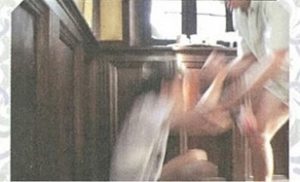 You can watch these scenes and more in the video below:

Previous Post
Exclusive Interview with Vanda Capriolo, aka Mafalda from Call Me by Your Name
Next Post
He’s being referred to as the new DiCaprio, and there’s a lot of hype about him