5 behind the scenes from Call Me by Your Name 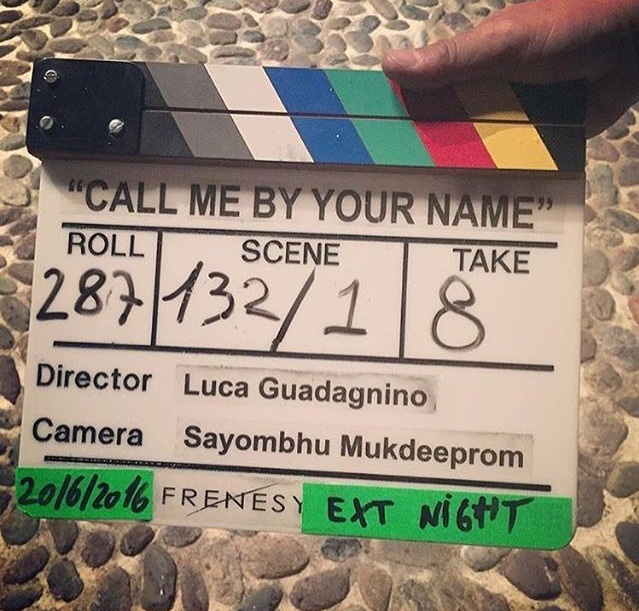 A Deluxe Brochure/Photo Book with around 750 photos, showing each day of filming, has been released in Japan in a limited edition. Most of the photos below are taken from this booklet, and you can also get a glimpse of some of the scenes from the set, with a few comments from the actors or the director. If you buy the DVD of the film, you will find some of these gems under Extras.

Here’s a picture of the very first table read for Call Me By Your Name, held at Luca, the director’s house. 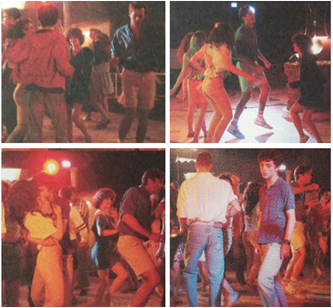 « I hated that day. That’s one of the hardest days I’ve ever had of filming because there’s no music… so it will start and it will be like [hums the beginning of Love My Way] and then they’ll turn off all the volume and I’m just like dancing and then there’s like 75 background artist all just like watching, who are bored, who’ve been at it for hours watching the same thing, and then all the crew is watching and I’m dancing to like nothing and silently and in my head I’m just like screaming “I hate this, I hate this so much” and I look over at Timmy and he’d be off camera dancing like having his own good time and l was like “now I hate him.” It was terrible.» – Armie Hammer 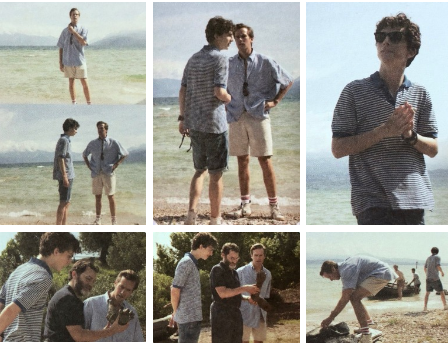 This was one of my favorite moments of the shoot. […] I remember Armie and I found that moment as Armie picked it (the arm) up and Luca said “That’s great, let’s keep it and just say tregua” – which means truce. – Timothée Chalamet

“We got boated out to the distance first before they got to bring the camera, so it was really a lovely moment when we just spent an hour on the water, in that boat, just rocking back and forth with Armie.” – Timothée Chalamet 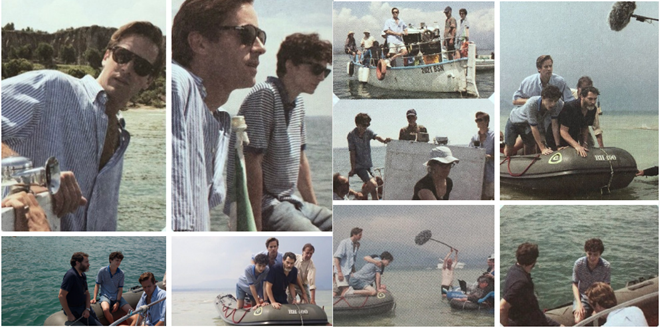 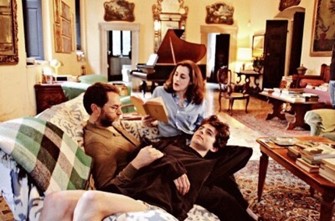 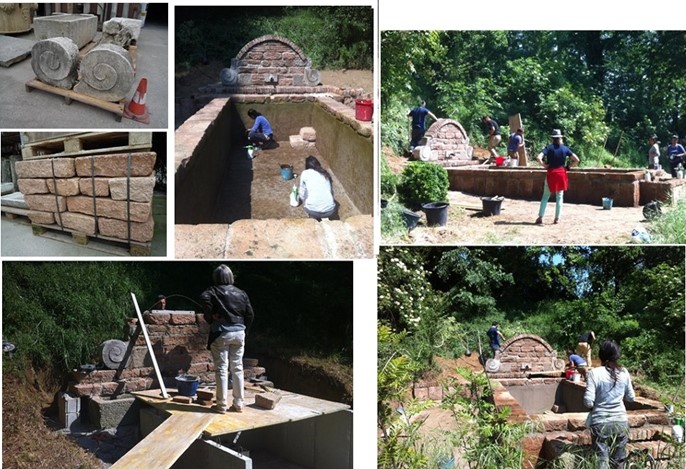 “The fountain/trough in which Elio and Oliver bathe was entirely built – it’s a concrete structure finished with recovered stone. We selected some granite trays, some very big flat stones, some bricks and carved stone with a materials specialist. It was a big site, our biggest intervention in the natural world”. – Samuel Deshors, production designer 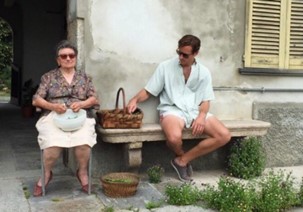 “She said no fuckboi’s” – Armie Hammer

The lady in this scene is the owner of the house. When Luca went to ask her permission to use the place he thought she was interesting so he asked her to appear on the movie.

Previous Post
These scenes have been deleted from Call Me by Your Name
Next Post
How a little film touched so many lives?